Astrology existed since ancient times, but is it a science, or just pseudoscience? 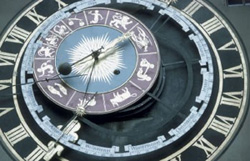 Do you believe in astrology?

Don't believe? I don't blame you. Perhaps your exposure to astrology is Sun Sign columns in your local newspaper. If the only doctors that I was familiar with diagnosed illness by measuring the size of a person's head, I would have a low opinion of medicine. But is it right to frame your opinion of something you have so little exposure to?

Actually, astrology is a superstition only till life is smooth sailing, on the contrary it’s definitely a Science since we are all governed by the planets which manifest in all our achievements and otherwise.

It may be noted that in the 14th century a number of universities in Western Europe, among them Paris, Bologna and Florence, had chairs of astrology.In ancient times, great astrologers adorned the royal courts and the kings consulted them on all matters. We have instances where our sages have offered astounding predictions. And now with more awareness, astrology is regaining its significance. Educated people in the West, especially in the United States, ask each other what sign they were born under.

What if you have been thinking you are a Scorpion all of your life, and suddenly discover you are actually a Libran?

Very often I hear from people, "I am a Saggitarius" or I am a "Leo", to which I say, "Don't be so sure". I also try to explain the reason sometimes ,but very few are able to understand. Doesn't really surprise me because this is what people read in the Sun-sign columns of the newspapers and thus they associate all of their self to be their Sun Sign, that too a Western one.

But just think over it :

Sounds strange right? All this basically account to the limitations of the Western System of Astrology. So if you are a Capricorn acc to Western Astrology does not mean you will have all the Capricorn character traits, because Capricorn is just your Sun-sign(based on Tropical Zodiac), while if you see your Vedic horoscope, your rising sign, sun sign, moon sign will all be different. Yes even the Sun-sign would be different in most cases. 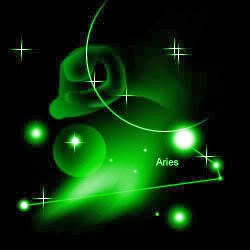 In Vedic Astrology, the ascendant is without question the most individual and defining element in the chart. All predictions start from the ascendant and infact everything in a chart is derived from the Ascendant. Being the most important of all, still there are very few people who understand the science behind it. Since we astrologers have to deal mostly with the predictive part, the understanding of the scientific/astronomical basis of the rising sign gets sidelined.

So this is just a small effort from my side to make the concept of Ascendant more clear to everyone.

Ascendants and their character traits

If you have been following my previous blogposts, by now you should have some idea of what an 'ascendant' means and how it says a great deal about your personality.

Below are the 12 ascendants and their character traits in brief. 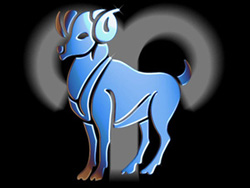 You are ambitious and adventurous. You have pushful and aggressive nature. You are fond of argument and have leadership qualities. Sometimes, your extremism leads to mental and emotional instability. Any attempt to dominate or control you gets your hackles rising. However the sincerity of your passions makes up to some degree for the rashness of your actions. You have the impressive ability to rise to the occasion in times of emergency.